Whitestone Homes and Condos for Sale

Whitestone homes sit quietly and comfortably in the Northeast section of Queens, NY. An upper middle class neighborhood Whitestone real estate more often than not is in high demand. A fluid combination of single and multi-family homes with luxury properties fill the neighborhood. Pride in ownership is apparent as properties are immaculately maintained with neatly trimmed lawns and colorful landscaping themes. Often fountains are seen flowing in yards amongst blooming flower beds and garden statues.

Architectural styles are mixed including Capes, Ranches, Mediterraneans, Contemporaries and more. The diversity varies amongst the blocks creating a distinct visual charm to Whitestone real estate. Those working in the city find Whitestone’s close proximity convenient with ideal short commute times. The Bronx Whitestone Bridge provides access to the Bronx while the Whitestone Expressway and Cross Island Parkway make traveling to the city for work and fun a breeze.

Whitestone was named by its original Dutch settlers who thought the prevalent limestone in the area appeared white. Francis Long, Congressional Congress delegate and signer of the Declaration of Independence, at one time owned the majority of Whitestone real estate. In the late 19th century Whitestone became popular with the upper crust who constructed sophisticated mansions and eventually smaller yet no less sophisticated buildings emerged. A few of these Whitestone residences are still standing and brilliantly restored.

Whitestone homes are highly sought after. Two of the highly regarded areas in Whitestone are Robinwood, which is in a smaller section of the Whitestone locality, and Whitestone Woods of Whitestone. Whitestone Woods is found in the far north of the suburb. Abundant in flora and fauna, children playing on street corner cul-de-sacs, running under the cherry wood or sturdy oak trees are a common sight here. New construction homes mix with sophisticated renovations of vintage properties adding to the allurement of the community.

For families living in Whitestone, education is very important. Both private and public Whitestone schools focus on small teacher to student ratios, and making the pathway to college a goal for each student that comes through the doors. Part of School District 25, public institutions include five K-12 schools. A few private schools are also in the vicinity as well as a special needs school focusing on Autistic students. The Whitestone Library also provides educational programs and activities for students and their families and there are many parks in this community, too.

As a resident of Whitestone herself, Nelly can show prospective buyers the ins and outs of their charming suburb. Give her a call today and schedule a time to take a look around the neighborhood.

Located in the Heart of Whitestone Built in 1997, Renovated in 2017 This Magnificent Brick Home, comes equipped with everything a family needs. First Floor Includes Eat i...

Detached 2 Family in Whitestone. 2 Duplex Apartments, each with 3 Bedrooms and 2 Bathrooms. Both units have basement, finished attics, and individual units for storage. B...

This lovely 4-bedroom cape is situated in a peaceful neighborhood. There have been many updates, including Zoning. R3A that allows two-family dwellings. The kitchen appli...

Immaculate Colonial nestled in the quiet streets of Whitestone. Inviting entryway hall leads into a perfect layout bursting with charm. Perfect for entertaining a crowd o...

Information Copyright 2016, Multiple Listing Service of Long Island, Inc. All Rights Reserved. The source of the displayed data is either the property owner or public record provided by non-governmental third parties. It is believed to be reliable but not guaranteed. This information is provided exclusively for consumers’ personal, non-commercial use. The data relating to real estate for sale on this web site comes in part from the Broker Reciprocity Program of the Multiple Listing Service of Long Island, Inc. 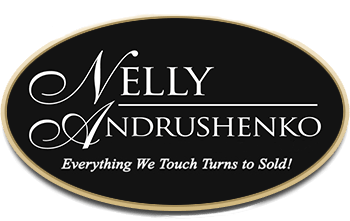